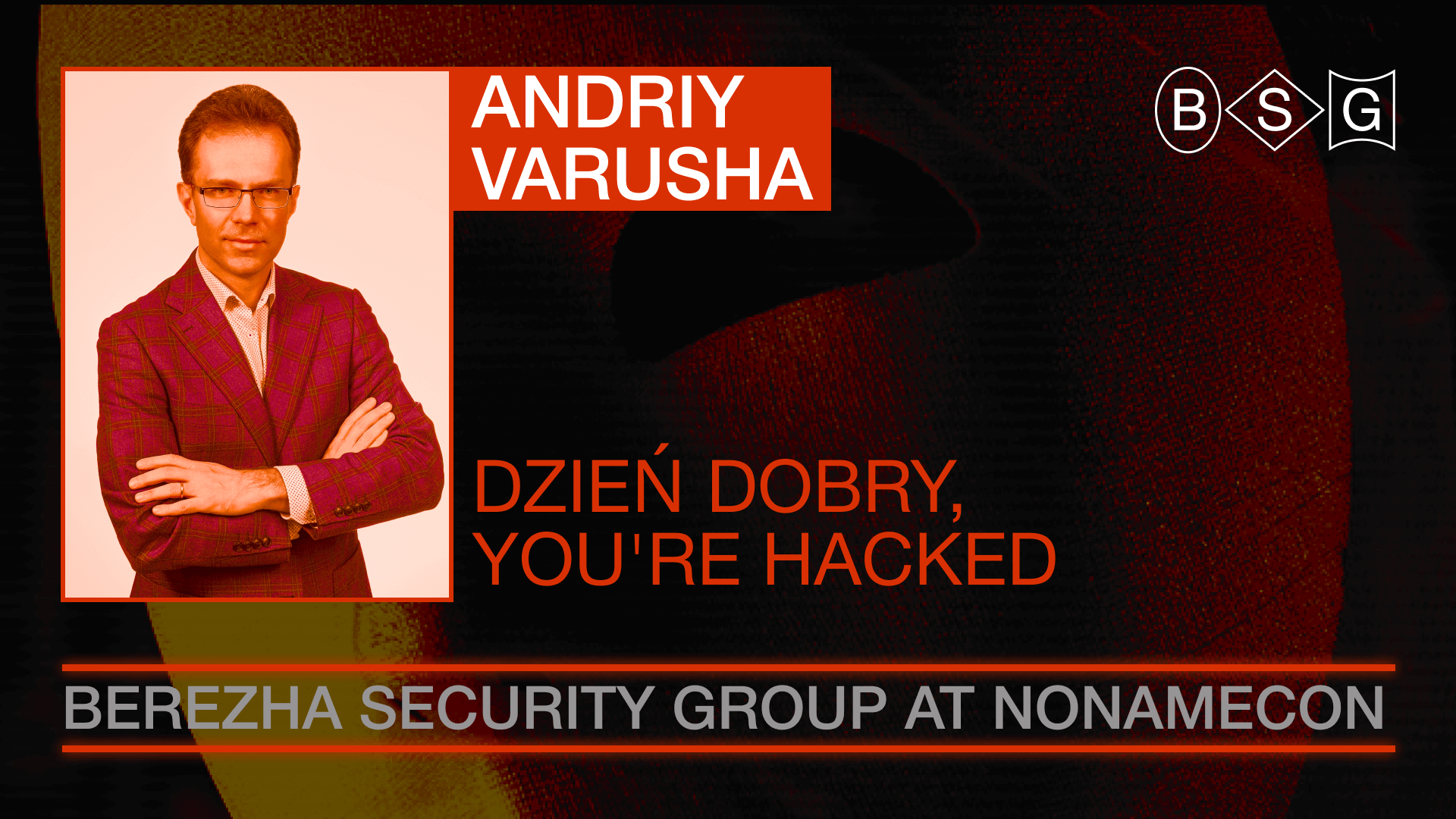 The presentation of Andriy Varusha, the BSG co-founder and CSO, at NoNameCon was called “Dzień dobry, you’re hacked. Review of the biggest recent security incidents related to state, business, and mass sectors in Poland.”

In his speech, Andriy provided an overview of the Polish cyber threat landscape and the recent incidents that took place in real life.

At the state level, the security of the digital services seems to be not sufficient. That is partially because the engineers are underpaid and technologies used are obsolete, as well as because of general lack of ownership in state-owned institutions. So “the old house is leaking”, as in Elvis’ song.

The business sector in Poland suffers from the same type of attacks as elsewhere – ransomware, unauthorised access, lack of access controls and as a result, data loss or leakage. It would be fair to say that companies inform their customers about data breaches in most cases as required by GDPR.

What about personal fraud? Andriy states that probably the largest in terms of impact was an OLX scam. Thousands of people were impacted, more than one and a half million zlotys actually stolen during this distributed attack. So, how does it work, and what should be done not to become a victim?

Watch now the recording of Andriy’s talk on YouTube and find out this and other useful insights.

NoNameCon Cybersecurity Conference: Why Should You Come?